Books About Bury St Edmunds and Beyond

With over 1,000 years of history, there is a lot more you can find out about Bury St Edmunds through books. We've picked 11 of our favourites.

Based on his popular weekly columns in the Bury Free Press newspapers to promote the celebrations for the 1,000th anniversary of the Abbey in Bury St Edmunds, Martyn takes us on a journey through the Abbey's pivotal moments and themes.

From the remains of our famous abbey to the new Gothic Revival cathedral tower, built as part of the Millennium Project between 2000 and 2005, this study celebrates Bury St Edmunds’ architectural heritage in an accessible way. Martyn Taylor guides readers on a tour of the town’s historic buildings and modern architectural marvels.

Journey through the darker side of Bury St Edmunds, a town steeped in ancient history and ghostly goings on.

The book is written by Alan Murdie, a ghost and paranormal investigator, author, and former chairman of the Ghost Club, who was born at Fornham St Martin near Bury St Edmunds.

This book marked the 70th anniversary of the death of M.R. James, a famous author of ghost stories. M. R. James work as a medievalist scholar remains highly respected in scholarly circles. Indeed, the success of his stories was founded on his antiquarian talents and knowledge. His discovery of a manuscript fragment led to excavations in the ruins of the Abbey of St Edmund in 1902, in which the graves of several 12th Century abbots were discovered.

If you enjoy the book, you'll love the town's Ghostly and Macabre Tour which runs from Halloween to the end of March!

St Edmund's Abbey in Bury St Edmunds was one of the most highly privileged and wealthiest religious houses in medieval England, one closely involved with the central government; its history is an integral part of English history. This book, published in two volumes, offers a historical account of the abbey and a socio-political account of the importance of abbeys in medieval England.

Antonia worked for a number of years at the British Museum, and one day there, when retrieving manuscripts from readers, she was handed a copy of the Chronicle of the Abbey of Bury St Edmunds. She was fascinated by it and she began the long task of tracing the abbey’s history.

Antonia completed the two volumes at the age of 86. Her knowledge of the Abbey's history was probably greater than anyone who has ever lived.

What buried secret lies beneath the stones of one of England's greatest former churches and shrines in Bury St Edmunds? The ruins of the Benedictine Abbey of Bury St Edmunds are a memorial to the largest Romanesque church ever built.

For Bury St Edmunds, as Dr Francis Young reveals in his book Edmund: In Search of England's Lost King, is the probable site of the body – placed in an 'iron chest' but lost during the Dissolution of the Monasteries – of Edmund: martyred monarch of the Anglo-Saxon kingdom of East Anglia and, well before St George, England's first patron saint.

In this first complete history of the Abbey from foundation to dissolution, Francis Young draws on a wide variety of sources to explore the development of the Abbey over the centuries, disentangling the complex ruins that surround the surviving churches of St Mary and St James (the Cathedral).

He considers the religious and political influence of the Abbots, the Abbey's wealth and regional power, and the draw of its relics. Five centuries after the Reformation, as the millennium of the Abbey's foundation in 1020 approaches, its impact on Bury St Edmunds and the country at large is still palpable. The book is fully illustrated, with plans and sketches of the Abbey in centuries past as well as modern photographs of its remains.

There's A Head In My Bed - Hatty Ashton

An illustrated children's book for ages 3 to 7 . . .to 70 written by Bury St Edmunds children's author and actress Hatty Ashton and illustrated by Joshua Rosewarne.

The book is a bit of British history brought to life with charming characters and ridiculous rhymes, inspired by the legend of St Edmund and the Wolf.

This silly adventure follows St Ed's rolling head after it's been thrown into the woods by the Vikings. Ed meets the local wildlife while searching for his body, that is stuck to a tree, all horrid and snotty! Will he find it?

This is Cliff's personal memories and recollections of his time living next to a WWII, USAAF Air Base at Rougham, formerly RAF Bury St Edmunds. The book starts from the beginning of the war and the arrival of the 322nd Bombardment Group followed by the 94th Bombardment Group who arrived, 13th July 1943.

After you've read the book, why not visit the Rougham Control Tower Aviation Museum? The museum opened in 1992, and houses a fascinating collection of memorabilia including photos, artefacts, uniforms, letters, and photographs, which tell the story of Rougham Airfield and the US personnel stationed there.

Discover how Bury St Edmunds was in years gone by! This book contains some fantastic period photographs from the world-famous Francis Frith Collection depicted in this lavishly illustrated book, written by local author and historian Clive Paine.

Rich in detail, the photographs are a fascinating portrait of Bury St Edmunds in years gone by.

Beer lovers will want to make a tasting tour at the Greene King Beer Cafe a priority for their visit as Bury St Edmunds is the home of Greene King which has been brewing award-winning beers in the town for over 200 years.

There’s also a great range of beers to try at pubs with micro-breweries and an Ale Trail! But if you want to discover the history of Bury's beer drinking days then Gerry Nixon's Old Inns and Beerhouses of Bury St Edmunds will tell you all there is to know!

This one is for the foodies! A taste of Suffolk, this cookbook includes recipes from Suffolk's foodie town of Bury St Edmunds!

With a foreword by Jimmy Doherty from Jimmy’s Farm The Suffolk Cook Book celebrates the culinary diversity of the county of Suffolk. The 192 page cook book features more than 40 stunning recipes from local restaurants, cafes, delis, pubs and food producers including some of Suffolk's finest food establishments including Maison Bleue in Bury St Edmunds.

A Guide to Clare, Suffolk - two thousand years in a day - Alaric Pugh

This is a delightful book offering a 'light touch look' at 2,000 years of local Clare history. Clare is Suffolk's smallest town and just 20 minutes from Bury St Edmunds!

Acting as both an insight into Clare's rich heritage and a friendly companion while walking around Clare, the guide book has been written by local resident Alaric Pugh and published by Harris & Harris Books.

The book is available exclusively from Harris & Harris Books at £12.99. Postage is available and copies may be reserved by calling 01787 277267. https://www.visit-clare.co.uk/book-looks-at-2000-years-of-clare-history/

David Addy, the author, found that the task needed to be greater than a list of dates, and so the project over-ran its target date of 2000 by several years. It is still being refined and amended in 2013.

Mystery of the Lost Stained Glass

The Abbey Church at Bury St Edmunds would have been…

We quizzed Historian and Author Dr Francis Young on…

Who was Elizabeth de Clare?

Marking the anniversary of her birthday on 16th…

10 Abbots of the Abbey of St Edmund

Discover 10 of the Abbots who played a role in the…

If you love nothing more than searching the rails for…

Need some gift inspiration? Get cracking on your…

Grab yourself a bargain, hunt for forgotten treasures… 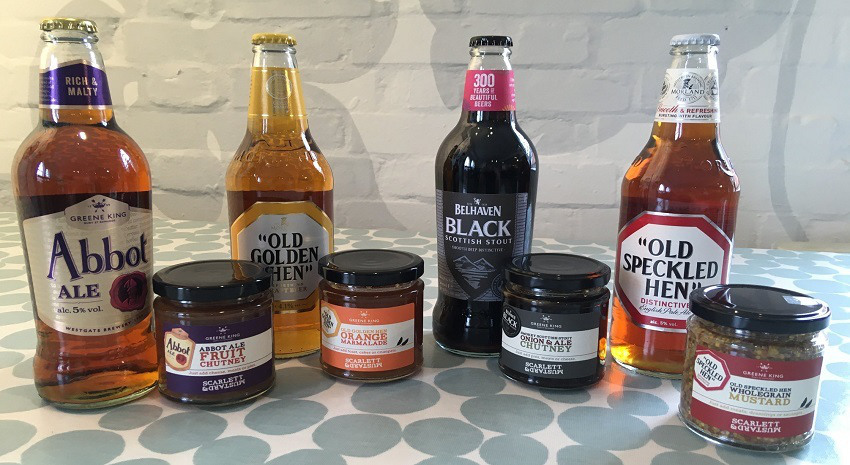 You can still purchase unique gifts from Bury St…