A brand new restaurant and additional bedrooms have been added at the Best Western Priory Hotel in Bury St Edmunds.

Phase one of the refurbishment programme at a cost of £750,000 has created a new bar, lounge, six additional bedrooms, plus additional car parking, and the Garden Restaurant which will continue under the care of head chef Tom Theobald.

The second phase will create a further six bedrooms taking the hotel to 55 bedrooms.

The hotel has recently been awarded three silver stars by the AA for service, hospitality and housekeeping, one of only 50 hotels in the UK.

The Garden Restaurant at The Priory Hotel Bury St Edmunds

The new Garden restaurant is a stunning space with its floor to ceiling windows overlooking the beautiful grounds. Awarded a AA one Rosette, a brand new menu includes contemporary dishes with the addition of a specials board and caters for all dietary requirements.

Keen to promote the hotel’s historical connections there are photos of Bury St Edmunds adorning the walls of the hotel’s first floor. The new lounge has been named the Edmunds Lounge, after St Edmund, in keeping with the hotel’s function room which is called the Babwell Room. The priory was originally home to Franciscan friars, known as the Babwell friars who were assigned to St Saviours Hospital until in 1538 the Greyfriars at Babwell was dissolved. Parts of the Priory Hotel date back to the 13th Century.

The Edmunds Lounge at The Priory Hotel Bury St Edmunds

The Priory is owned by Kelly and Brian Keane who own the Cameron Ventures Group. The Group was named Business of the Year at last year’s Bury Free Press Business Awards.

Kim David, General Manager, said: “We have a strong and dedicated team. It has been a roller coaster ride but with determination, sweat and some tears we have come a long way since the opening of the new build in December. The whole team are delighted with this achievement and it means a great deal to us all.”

The garden view at The Priory Hotel in Bury St Edmunds 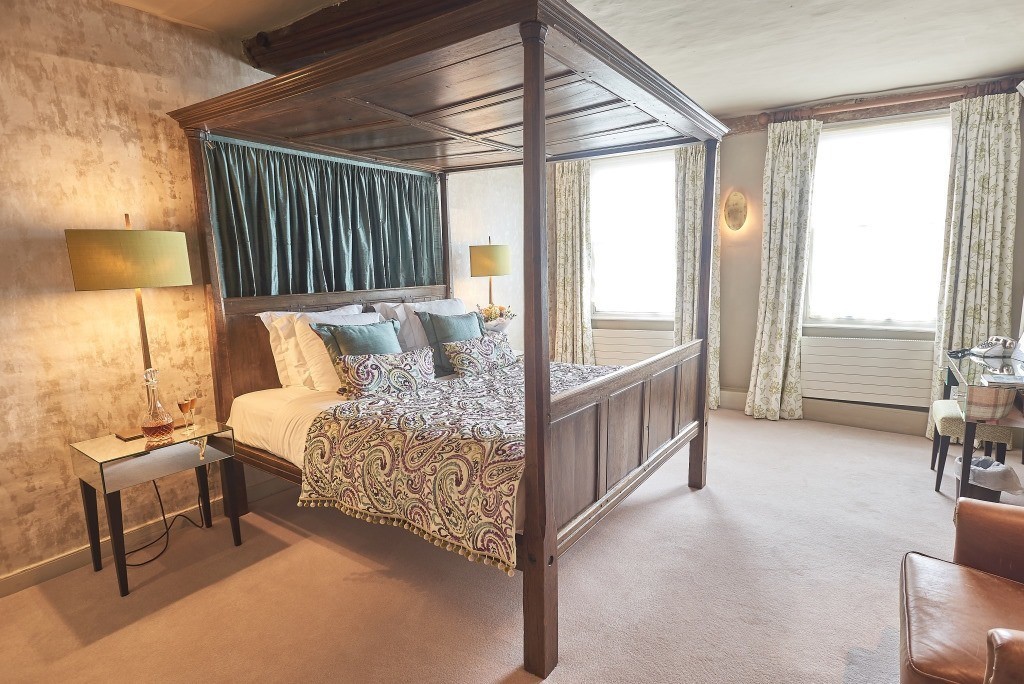 What better way to enjoy a stay in the Suffolk…

Dreamy Places to Rest your…

Say 'I Do' in Bury St Edmunds…

If you're dreaming of a wedding in the stunning…