Theatre Royal has a great tradition of roof raising tribute bands and this season is no exception with some much-loved music legends celebrated on stage. Here's what's coming up in 2022:

“As well as paying meticulous attention to Karen’s mannerisms,” says Vikki, “we’re also keen to faithfully recreate the pair’s brother/sister relationship and their playful interaction with both the band and the audience, which was a trade mark of their live shows.”

Richard Carpenter, played by musical arranger, vocalist, and producer Greg Stevenson, features on the piano alongside a band that is joined on the drums by Karen, just as the Carpenters would have performed live in concert.

“Carpenters Gold is the only production that fully recreates a live Carpenters concert,” says Vikki, “even down to the authentically kitsch Seventies stage costumes.

All of the Carpenters’ greatest hits feature, including: Goodbye to Love, Close to You, Solitaire, We've Only Just Begun, Top of the World, Yesterday Once More, Superstar, Please Mr Postman, For All We Know, Only Yesterday and many more.

“When we were young we’d listen to the radio, waiting for our favourite songs – now we can enjoy them live, performed just how they would have been by the Carpenters during their heyday,” promises Vikki.

The Magic of the Beatles - Wednesday 26 January

Come together right now and join us for a night like no other as we celebrate the music of one of the greatest bands of our lives!

Playing to ecstatic sell-out audiences all over the world, this sensational cast not only look and sound like John, Paul, George, and Ringo, they also generate the same incredible excitement and unique sense of humour too.

This magical ‘musical’ mystery tour will transport you back to the golden era of pop with hit after hit including She Loves You, A Hard Day’s Night, Help, I Feel Fine, Sgt. Pepper’s Lonely Hearts Club Band, Hey Jude, Here Comes The Sun, Get Back and so many more.

Created by the director, producer, and choreographer of the award-winning ABBAMANIA musical and starring the original 'Frida' from the London West End cast, the ABBA REUNION TRIBUTE SHOW is coming to Bury St Edmunds.

Following a four-month run at The Strand Theatre and successful international tours selling out theatres, stadiums and concert halls, Vikki Holland-Bowyer was spurred on by the four members of ABBA saying for years that they will never re-form. “With this in mind,” she says, “we decided they would give the fans the next best thing. . . and not just another ABBA tribute show.

“The Abba Reunion Tribute Show gives ABBA fans the opportunity to get together and re-live the addictive ABBA phenomenon that swept the airwaves and discos during the Seventies and Eighties in a truly feel-good, party-style concert.”

From Mamma Mia to Dancing Queen, The Abba Reunion Tribute Show commits to perform, from both an audio and visual perspective, all the hits with unrivalled authenticity – complete with a live band.

There is a huge focus on the 1977 and 1979 live world tour footage plus the iconic pop videos that feature the famous flamboyant costumes and dance moves and visually, the performers are transformed into Agnetha, Benny, Bjorn and Anni- Frid (Frida).

Each character has been studied by means of video clips of both live and studio performances to mimic the movements and mannerisms, enabling a true-to-life presentation.

“Meticulous scrutiny and strict vocal tutoring have been applied to recreate the voices of ABBA,” according to Vikki.

“The company’s sole aim is to leave each audience asking just one question – ‘did we just witness the real ABBA reunion?”

After what can only be described as an unprecedented year, the incredible Rock for Heroes is back on the road for 2021; bringing the perfect combination of your favourite Rock songs continuing fundraising in support of the fantastic Help for Heroes.

Performed by a full live rock band and our incredible singers, complete with brilliant personalities & hilarious comedy value this really is a night out unlike any other.

With music from artists such as Queen, The Eagles, Fleetwood Mac, Van Halen, Toto, Bon Jovi, Guns N Roses, AC/DC, Prince, Dire Straits & so many more. You won’t see a bad wig here, this isn’t a tribute act this is simply paying tribute. Escape the 9 to 5 and let your hair down with the Rock For Heroes Family!!

Join Buddy Holly and the Cricketers on their first tour of the new decade as they delight audiences up and down the UK with their dynamic show, featuring authentic arrangements, driving rhythms, energetic performances and skilled musicianship that have audiences dancing in the aisles!

To celebrate the joy Buddy has brought millions of people worldwide, the band will play a brilliant and vibrant show in venues all over the UK.

If you like Rock and Roll you’ll definitely love this. Songs include all time favourites such as; That’ll Be The Day, Peggy Sue, Heartbeat, It Doesn’t Matter Anymore, Raining In My Heart, Oh Boy! – and much, much more.

Producer Simon Fielder of Simon Fielder Productions, a former actor in the original touring and West End show said: “I’m so lucky to present shows that feature people and subjects about which I am really passionate. Buddy Holly was pivotal in my development as a guitarist and songwriter. Buddy’s music has touched the heart of millions around the world and influenced many famous artists such as The Beatles, The Rolling Stones, Eric Clapton, Brian May and many others. It’s also incredible how many younger people are now into his music. Our audiences are a great mix of ages and the show just keeps growing in popularity. It seems that Buddy’s music - and Rock and Roll - really will never die.”

This show has been delighting audiences for 29 years and has performed in many locations around the world including Europe and a tour of the US. It stars some of the finest actor-musicians in the UK including Jason Shaw as Buddy and was endorsed as Britain’s most popular Buddy Holly act when the show appeared on BBC One's The One and Only, with Graham Norton notably commenting that they were “Buddy Brilliant”.

The show has always presented Buddy in the style of show we feel he would perform today. Authentic arrangements, driving rhythms, energetic performances and wonderful musicianship, all delivered with charm and humour.

The George Michael Story - Wednesday 18 May

The George Michael Story – with full live band with video screens supporting the show, including footage of George and interviews with the man himself.

The only truly accurate tribute to George Michael as seen on BBC & ITV.

The show starts with George in the Wham! days and then into the Grammy Award winning ‘Faith’ album, through to George’s more mature hits, touching on some of his heartfelt songs.

A fun and emotional night culminating in a finale that is guaranteed to surprise & have the audience singing along!!

Expect to be taken on a musical journey of George’s biggest hits celebrating his life and generosity.

The Box Office is available to help with any queries by emailing booking@theatreroyal.org

To make returning to the theatre a little bit more attractive, the theatre are offering a 15% discount on tickets when 4 or more shows are booked at the same time. This excludes Community Shows (amateur productions), Fundraising events, Children’s Shows, Pantomime, On-Demand and Workshops and is eligible on full-price tickets (excludes under 21’s) in price band A & B.

Enjoy an array of delicious vegan food in Bury St…

Check out these purveyors of Afternoon and Cream Teas…

Look Forward to 2022 in Bury St Edmunds and…

If you've never visited Bury St Edmunds before or… 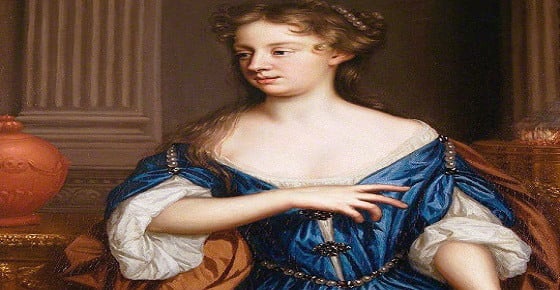